This barn came from South New Berlin, New York. William Mayhew bought the property in 1822 and sold it to William Brooks in 1863. Brooks Barn is a three bay, English-style barn. Typical for the 1840’s, the barn’s floor plan has a hay mow, threshing floor, stable, and grain loft.  The barn’s log construction, typical of the time period and geographic area, is rarely seen today.

Nineteenth century farmers grew wheat for flour, but the process of turning harvested wheat stalks into edible grain was rather time consuming. It also required a great deal of human strength.

After the threshing, kernels of wheat and their husks would be winnowed, or separated. The husks, also known as chaff, can not be eaten by humans. Using a winnowing tray on a windy day, the farmers would toss the mixed chaff and grains repeatedly into the air. The wind would blow the chaff away, as the good kernels of grain fell into the tray. This was a very dirty dusty job. 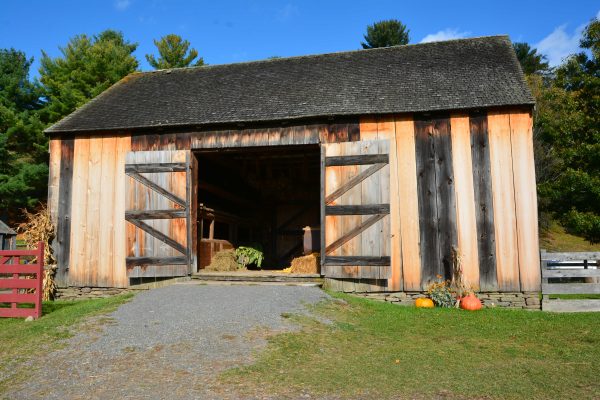 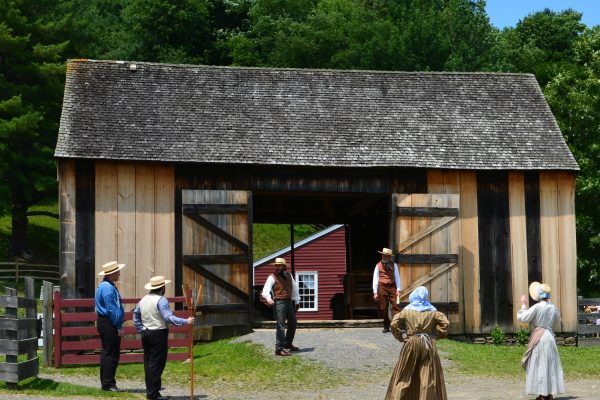 Our Sheep Sleep in Brooks Barn 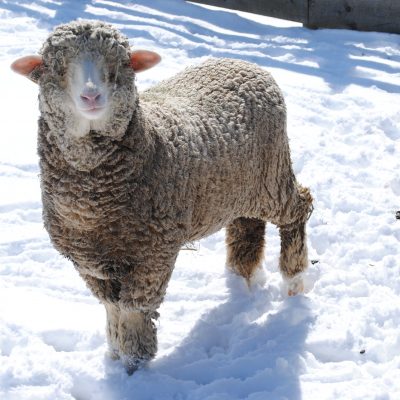 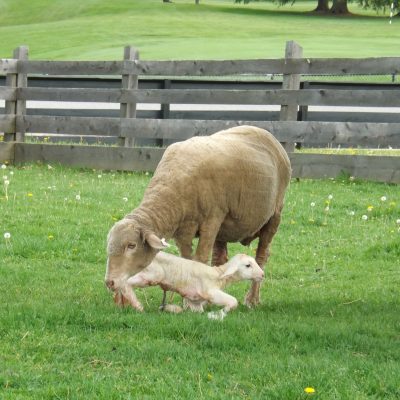 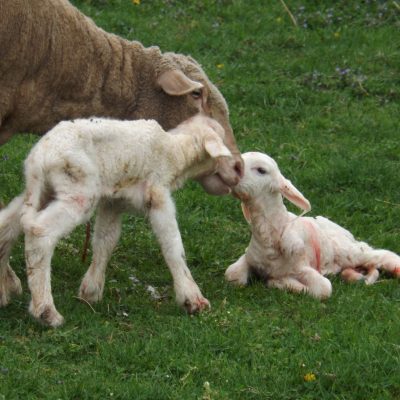 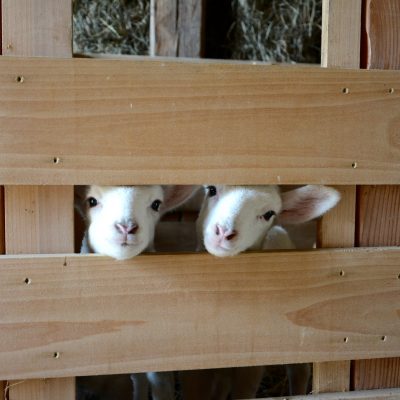 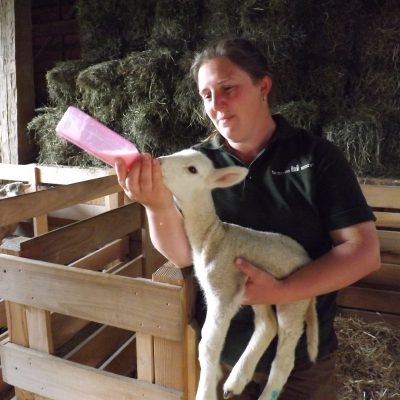 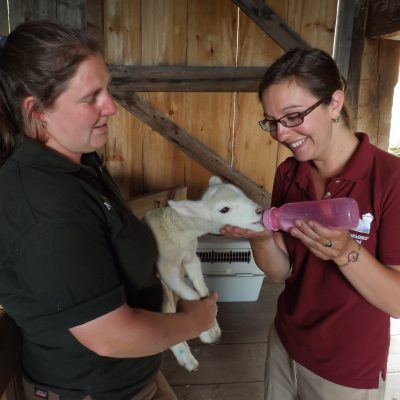 Nineteenth century farm families made many of the goods they used. They raised sheep as a source of wool. Sheep shearing occurred in April. Later in the year, they washed the wool in huge kettles, hung the fleeces to dry, and then carded it. Carding was very important, as it not only helped remove unwanted grass that tangled into the fleece, but also caused the fibers of wool to align in the same direction. This was important when the wool was spun into yarn on a spinning wheel. Women and children did most of the spinning in the 1800’s.  Some wool was dyed with certain vegetables and minerals to give it different colors. 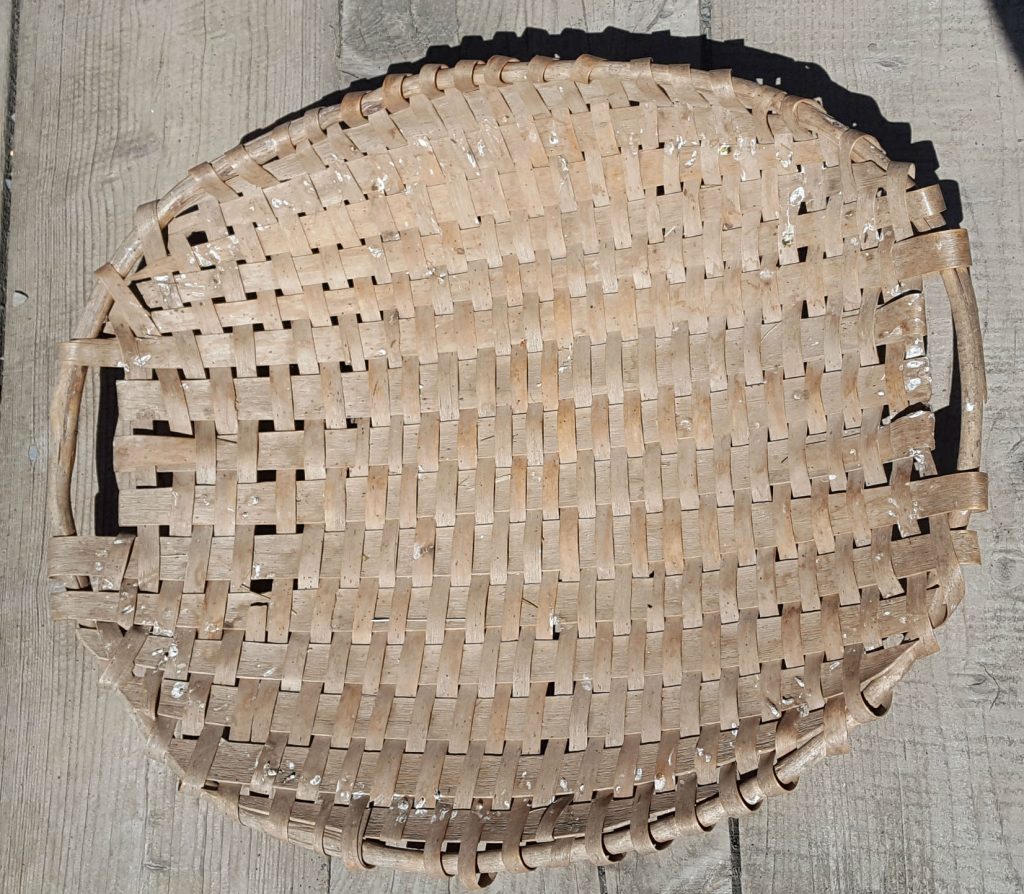 Sheep were often raised for their wool. In order to get the wool from the sheep, the farmer uses shears like these to carefully cut the wool fleece away from the sheep’s skin. The wool can then be washed, carded, and spun into yarn. 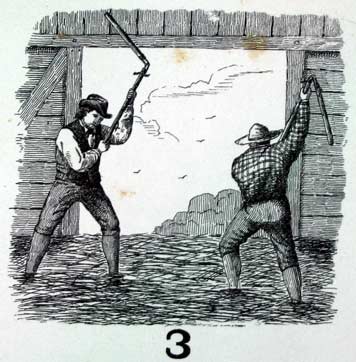 Threshing is the process used to separate the chaff, the protective covering around the grain, and the kernel of grain used for food, from a plant’s stalk. Farmers used flails to remove the chaff and grain from the stalk and to crack open the chaff. 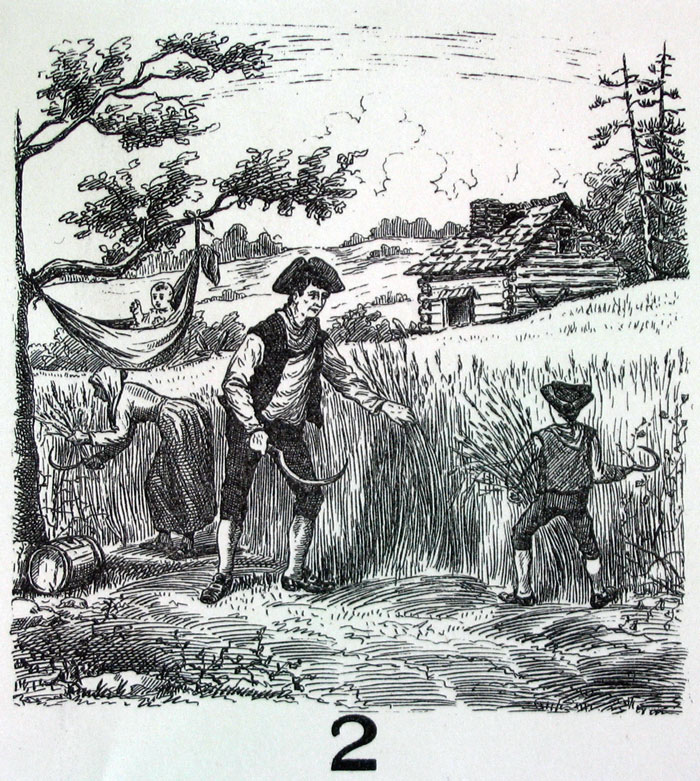 This image from Benjamin Butterworth’s The Growth of Industrial Art, depicts reaping grain during the colonial period. Reaping had to be done by hand, using a scythe or hay knife to cut the grain. Notice that the whole family helps with the field work.

By the mid-nineteenth century, farmers no longer had to reap entirely by hand. Machines made the work of harvesting go more quickly. This Self Raker Harvester was patented in 1855, to help farmers bring in their harvest. 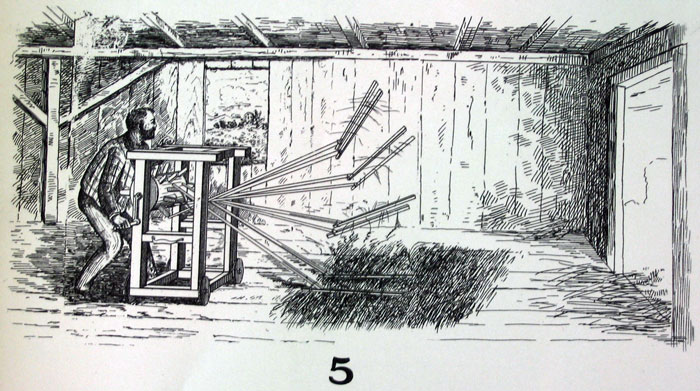 Threshing, also spelled thrashing, is the process used to separate the chaff, the protective covering around the grain, and the kernel of grain we use for food, from a plant’s stalk. During the nineteenth century, farmers used a variety of methods to remove the chaff and grain from the stalk and to crack open the chaff. … END_OF_DOCUMENT_TOKEN_TO_BE_REPLACED

To harvest grain, the crop was usually first cut, then the grain was separated from the stalk or body of the crop. Grain cradles were used for cutting and gathering the crops. The long wooden “fingers” of the cradle gathered the straw as it was cut and deposited it in piles. The cradle was an … END_OF_DOCUMENT_TOKEN_TO_BE_REPLACED

Threshing (also known as thrashing), refers to the method of separating grain from its outer hull, called chaff. Until the mid-nineteenth century, the farmer usually threshed by hand, swinging a flail against the grain on the barn floor to open the grain. The introduction of steam and animal-powered machinery in the mid to late nineteenth century, brought convenience to … END_OF_DOCUMENT_TOKEN_TO_BE_REPLACED