Thomas Alvah Filer moved to Butternuts from the Rochester area where he had taught, specializing in English. He first used this building as a select school, which was like a private school today. In 1840, Filer sold the building and land to the Trustees of School District No. 9, who maintained it until The Farmers’ Museum purchased it in 1945. 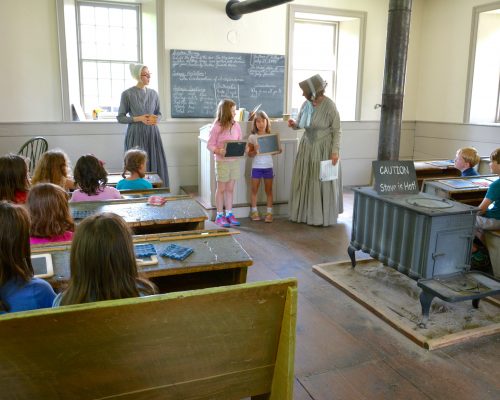 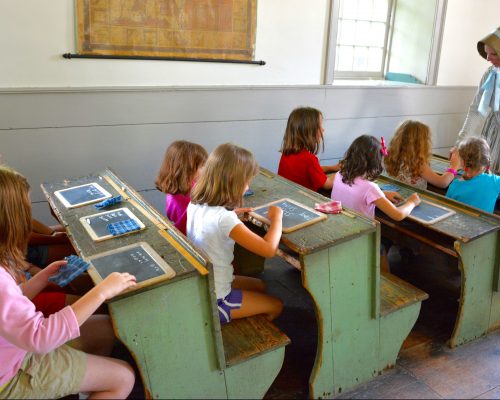 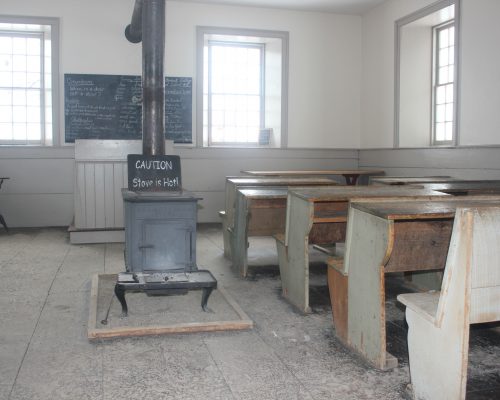 School in the 1840s in Central New York

Education played a major role in children’s lives in the 1840’s. Parents hoped their children would use their education to attain a higher station in life.

Pupils studied reading, spelling, writing, arithmetic, and moral lessons. Instead of grade levels divided by age, teachers organized students into groups that spelled and read at the same level. Lessons were assigned to each group to study and prepare at their desks, after which students were brought before the teacher to recite the lesson.

The state laws assumed that each student began their education at the age of five. Male students left school to help on the farm or begin an apprenticeship by the age of fourteen or fifteen. Girls could remain in school longer – until sixteen to eighteen – depending on the family’s circumstances. The farm schedule also influenced the school year. In rural areas, farm families needed their children’s help with work on the farm during the spring and fall, so schools closed during these seasons.

Quill pens were the writing implement of choice before the invention of the metal-nibbed pen in the mid 19th Century.  The wing feathers of large birds made excellent quill pens. The hollow interior of the feather helped hold ink in reserve, allowing the writer to dip into the ink less often. This quill is made … END_OF_DOCUMENT_TOKEN_TO_BE_REPLACED 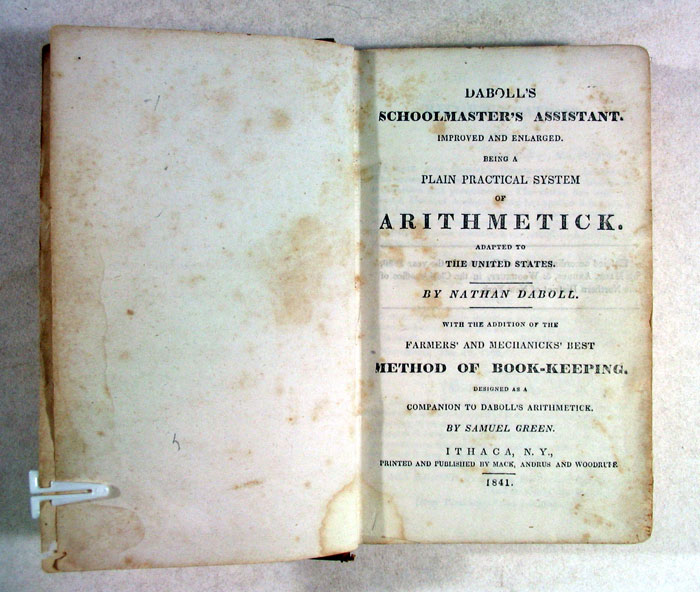 Families expected their children to receive a practical education in school during the mid-nineteenth century. School lessons focused on what students would need to know to successfully practice a trade or run a farm. This arithmetic book teaches students basic math, including addition, subtraction, multiplication, and division. It also includes lessons on how to count money, … END_OF_DOCUMENT_TOKEN_TO_BE_REPLACED 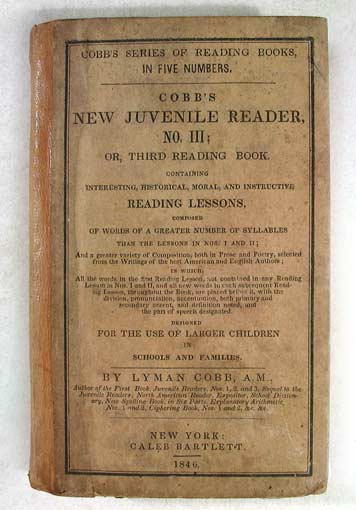 During school, pupils practiced reading from books called readers. Readers often contained short stories to read and recite. Spelling and vocabulary words, as well as questions to answer about the story, often followed a reading. Many of the stories in readers reflected the lives that students led. One of the lessons in Cobb’s New Juvenile Reader … END_OF_DOCUMENT_TOKEN_TO_BE_REPLACED

In the nineteenth century, farm families spent much of their time outdoors taking care of their animals and crops. To prevent sunburn, many women wore sunbonnets, like this one, to protect their skin. It is made of cotton and is entirely hand stitched. 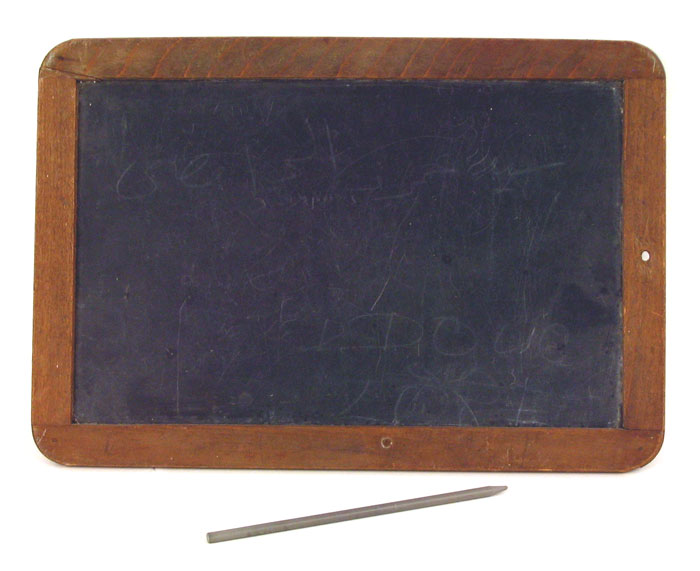 Instead of writing in notebooks, students used a slate and slate pencil to do their school lessons in the mid-nineteenth century. After copying a lesson, they would study and memorize it in preparation for reciting the lesson to the teacher. The slates and slate pencils were usually purchased at the local general store. 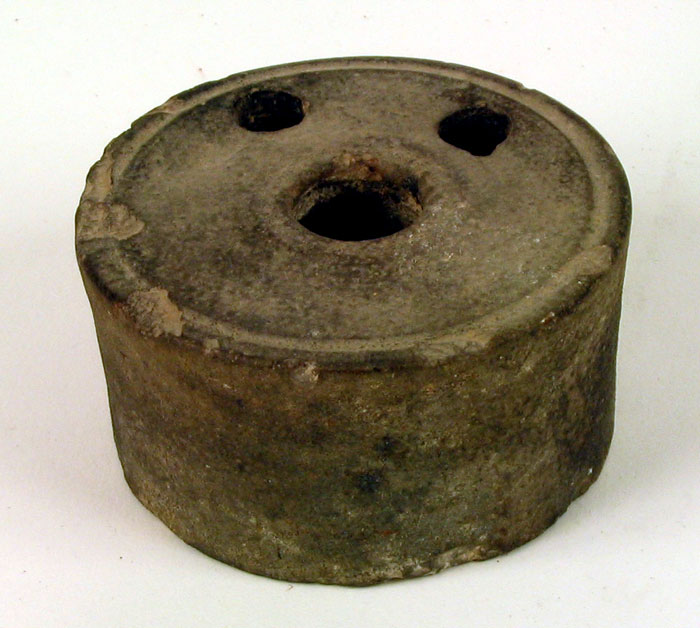 Although school children most often used slates to complete their lessons, older students sometimes used quill pens and ink. The quill pen was dipped into the inkwell, then dabbed on a blotter to remove excess ink. Quills were used to practice penmanship and spelling, which was known as orthography. The teacher also used a quill pen … END_OF_DOCUMENT_TOKEN_TO_BE_REPLACED