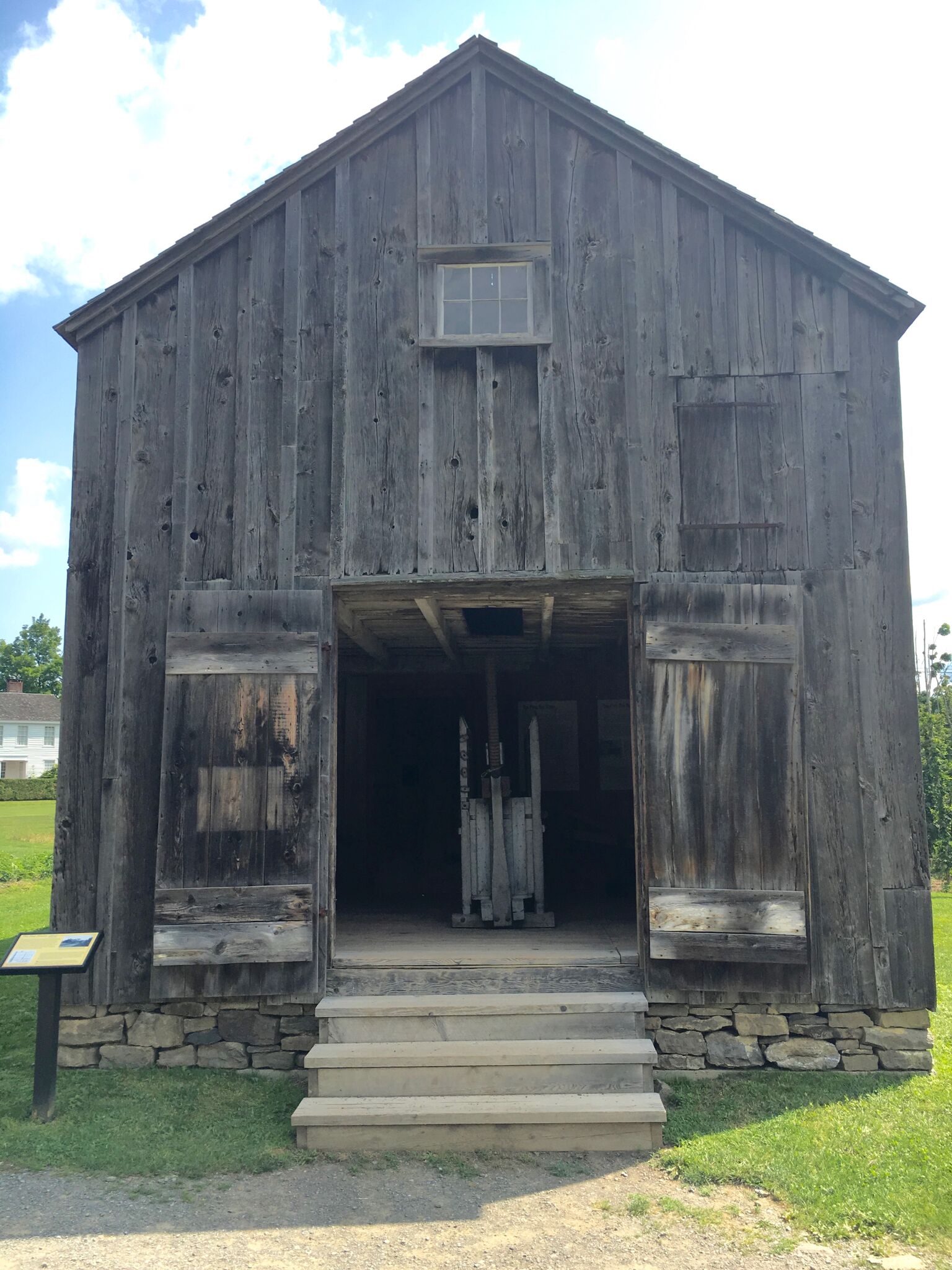 The hop house at the Farmers’ Museum came from Samuel Pope’s forty-acre farm in Burlington Flats, New York, which he bought in 1847. He raised livestock and grew produce. Hop houses were extremely common in central New York – a center of hop production – in the 1840’s, when hops were one of the most valuable crops in the region. Farmers used hop houses to dry and store the hops after they were harvested.